Spandex is a kind of synthetic fiber with high elasticity and high elongation. It is widely used in some disposable sanitary products, such as pullback pants, diapers, and comfortable pants. With the support of the policy, the improvement of living standards, and the change of the consumption concept of the new generation, the amount of baby diapers, adult diapers, or the popular peace of mind pants in recent years has increased significantly, which makes the development potential of the spandex market not to be sneered at.

Since this year, the domestic spandex market has been rising rapidly. As of March 7, 40D spandex has risen by nearly 70% compared with the beginning of the year, and then it has been adjusted slightly. In the middle of May, the rising market started again and reached a 10-year high. As of June 28, the price was 75,000 yuan/ton, with an increase of 9.65% and a year-on-year increase of 138.10%.

Domestic demand and export double good, promote the good development of spandex industry. Spandex its own short-term supply problems are difficult to improve, some factories still have the intention to explore. June 30, a spandex factory again issued a notice, all specifications to increase 2000-3000 yuan/ton, from July 1 implementation. 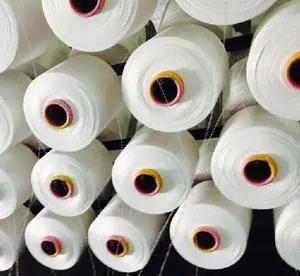 Supply remains tense, especially in June, spandex industry starts to maintain a high near 9 into, while the production capacity is stable, but inventories have fallen to historic lows, according to statistics, as of June 25, spandex 8 days social inventory levels, reduce 40 days from the same period a year earlier, down around 83%, also have said only 3 to 5 days parts manufacturers of goods, Even some manufacturers say there is no inventory pressure. Some manufacturers said that only some lot numbers have a little spot, other conventional lot numbers are not in spot, and there are even 1-2 weeks for new orders.

At the same time, the export volume of spandex increased, because some foreign markets have not fully recovered due to the impact of the epidemic, so the orders turned to domestic, the export volume in the first five months was about 40,500 tons, 58% higher than the same period last year, domestic demand and export double good, promoting the development of spandex industry.

In addition, the strong rise of the raw material end is also an important reason for driving the price of spandex all the way up. Under the influence of environmental protection this year, the PTMEG industry chain is hot. The market price of PTMEG is 1800 molecular weight and the mainstream factory offers 38000 yuan/ton, while the mainstream offer is 1400-15000 yuan/ton in the same period of last year. For pure MDI in the East China market, the mainstream talks about telegraphic transfer in drums of 19,600-20,000 yuan/ton for self-delivery, while the price of telegraphic transfer in drums of 13,600-14,200 yuan/ton for the same period last year.

China is the world's largest producer and consumer of spandex. According to the statistics of Zhuochuang Information, by the end of 2020, China's spandex production capacity was 894,000 tons, up by 4.0% year on year.

The main importing country of spandex to China is Vietnam, accounting for 54% of the total imports, followed by Singapore, accounting for 16%. Exporting countries are relatively scattered, mainly including Vietnam, Brazil, South Korea, and Egypt, which are not affected by trade friction as a whole.

Analysts believe that its own tight supply of spandex problems to improve in the short term. Although the current raw material market has cooled, the price is still obviously at a high level, and PTMEG is under the pressure from the environmental protection of the coal chemical industry, and the resource output is insufficient, and the cost support still exists. It is expected that in the short term the spandex market will still be high finishing, with late attention to the cost end and terminal demand changes.